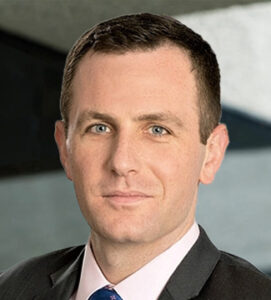 A.Y. Strauss is pleased to announce that Jordan M. Engelhardt has joined the firm as a Partner in the firm’s Litigation group, effective June 1, 2021. Prior to joining A.Y. Strauss, Mr. Engelhardt served as Counsel at Patterson Belknap. Mr. Engelhardt’s focus will be on commercial disputes, financial services litigation, and intellectual property.

“Jordan’s extensive experience in commercial litigation and intellectual property matters will be an asset to our clients across the firm and to the litigation practice,” said Managing Partner Aaron Y. Strauss. “We are delighted to welcome him to A.Y. Strauss.”

A skilled and versatile attorney, Mr. Engelhardt has experience in federal and state courts, administrative agency matters, and alternative dispute resolution. He is also the co-author of a treatise chapter on Commercial Division procedure in New York State court, as well as several amicus briefs in cases before the United States Supreme Court.