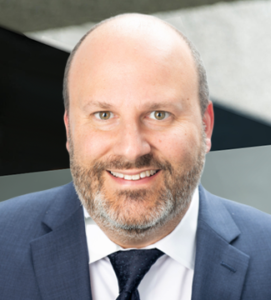 This article originally appeared in CoStar News written by Candace Carlisle on April 7, 2020, quoting Eric Horn. It is reprinted here with permission from CoStar News.

A federal judge ruled that home goods retailer Pier 1 Imports doesn’t have to pay rent and can delay making other payments as it puts its Chapter 11 bankruptcy proceedings on pause during the coronavirus pandemic.

The decision, made Monday in the United States Bankruptcy Court for the Eastern District of Virginia, applies to hundreds of the company’s stores across the country that are closed because of COVID-19.

The ruling follows a similar decision made in New Jersey in March where a judge allowed Modell’s Sporting Goods to cease making payments such as rent through the end of April because of the pandemic as its bankruptcy case and liquidation are put on hold.

The legal decisions could help set a new precedent for struggling retailers that are still expected to pay their rent even after filing for Chapter 11 bankruptcy protection.

For companies that have filed for bankruptcy or are on the cusp of it during the pandemic, lenders are working to prolong the process, especially if it involves a liquidation sale, said Eric Horn, an attorney at A.Y. Strauss, a New Jersey-based law firm, who is not involved with the Pier 1 case. If stores are closed because of government mandates, a liquidation sale isn’t possible.

“Right now, everyone is taking a pause,” Horn said in an interview. “Landlords are sitting back, they can’t run to court, especially in New York since all the New York courts are mothballed except for only extremely urgent matters. Everyone is waiting for everything to reopen.”

Horn, who represents several landlords, said his clients have received no-pay letters from tenants who have been unable to make rent in April. And there’s not much landlords can do right now, he added.

Pier 1 filed for Chapter 11 bankruptcy protection in February and was looking for a buyer. At the time, the home-furnishings chain that was at the forefront of trendy decor when it opened 58 years ago had 923 stores.

Before the bankruptcy filing, the company had planned to close about 450 stores but those stores had yet to liquidate or close down before the pandemic.

The Monday ruling applies to “any unexpired leases,” but it was not immediately clear if that includes Pier 1’s headquarters in Fort Worth, Texas. Pier 1 did not immediately respond to an emailed interview request.

Like most national retailers, Pier 1 has furloughed thousands of employees from its headquarters, retail and distribution centers across the country. The company has furloughed 9,400 employees and the remaining employees have taken pay cuts of at least 20% with higher level executives taking more substantial pay cuts of up to 50%, according to the filings.

The lenders behind Pier 1’s corporate office tower have been preparing for a default. In March, the loan on the 19-story, 409,477-square-foot building at 100 Energy Way in downtown Fort Worth was transferred to a special servicer preparing it for imminent default.

The building is owned by Woodland Hills, California-based Hertz Investment Group, which bought the tower in 2018. At the time, Pier 1 leased 309,227 square feet on nine floors in a long-term commitment running through June 2027 but has since downsized to about three floors and offered 160,000 square feet of its office space for sublease.

While the Texas Supreme Court has paused evictions through April 30 because of the coronavirus pandemic, landlords still have ongoing expenses and not all landlords have a cushion of cash to take the financial blow of tenants not paying rent, said Chad Ruback, a Dallas appellate lawyer, who spoke generally on the subject and is not involved with Pier 1’s lease.

“Certainly I’ve heard this is rampant in Texas with landlords not being paid,” Ruback said in an interview. “Someone will end up getting hurt from this.”

Horn, the New Jersey lawyer, said it’s not immediately clear from the Modell’s Sporting Goods case how rent will be paid for missing months moving forward in the bankruptcy proceeding, but rent will probably be considered an administrative expense, which is generally paid before unsecured claims during the bankruptcy process.

“Basically, the long and short of it, there’s going to be a lot of litigation coming down the pipeline,” Horn said, adding this will entail insurance companies denying business interruption claims, as well as tenants, landlords and lenders.

“I think we’ll see a lot of retail failures and landlords are preparing for it,” said Horn.