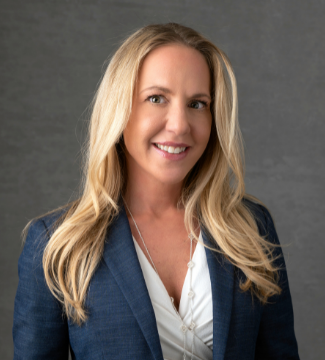 Kelly M. Purcaro is a partner at A.Y. Strauss and Chair of the Litigation Group specializing in complex civil and commercial litigation across the United States. Kelly also serves as chair of the Class Action practice group. An experienced trial lawyer, Kelly has litigated a wide array of matters for more than a decade, including state and national class actions, disputes arising out of employment claims, consumer fraud, breach of contract, commercial disputes, and enforcement of non-competes. She frequently represents both individual and institutional clients in some of their most sensitive matters and currently serves as a member of the Preferred Panel of Counsel for a multi-billion dollar international corporation headquartered in New Jersey.

As a seasoned and dynamic litigator, Kelly is adept at aggressively handling the difficult cases that must be won – working closely with her clients to develop creative strategies to achieve their goals. While always prepared to try cases to victory, Kelly is also a talented and pragmatic negotiator, understanding how to successfully reach a settlement when appropriate on behalf of her clients. As leader of the Firm’s Class Action practice, Kelly has built a national reputation for handling class actions and serves as co-chair of the Class Action Committee of the New Jersey State Bar Association.

Kelly always takes the long-view in building client relationships, never losing sight or focus on what is at stake in any dispute while maintaining the highest ethical standards to obtain the best outcome. Clients appreciate her steady and thoughtful guidance as a counselor during the often turbulent process of dispute resolution.

Kelly is a frequent guest lecturer at multiple conferences and seminars, and serves as a pro bono attorney for victims of domestic violence, serving as trial counsel through Alternatives to Domestic Violence (ADV) in New Jersey.

Prior to joining the Firm, Kelly was a partner at a premier New Jersey litigation firm. Kelly attended Rutgers University School of Law in Newark as a Carol and Paul Miller Scholar, where she served as a Staff Editor for the Business Law Journal and intern to the Hon. Stanley R. Chesler in the United States District Court for the District of New Jersey. Upon graduation, Kelly clerked for Hon. Edith K. Payne in the Appellate Division of the Superior Court of New Jersey. Prior to law school, Kelly earned a Master of Social Work at Rutgers and served as the Director of Government Relations for a non-profit.